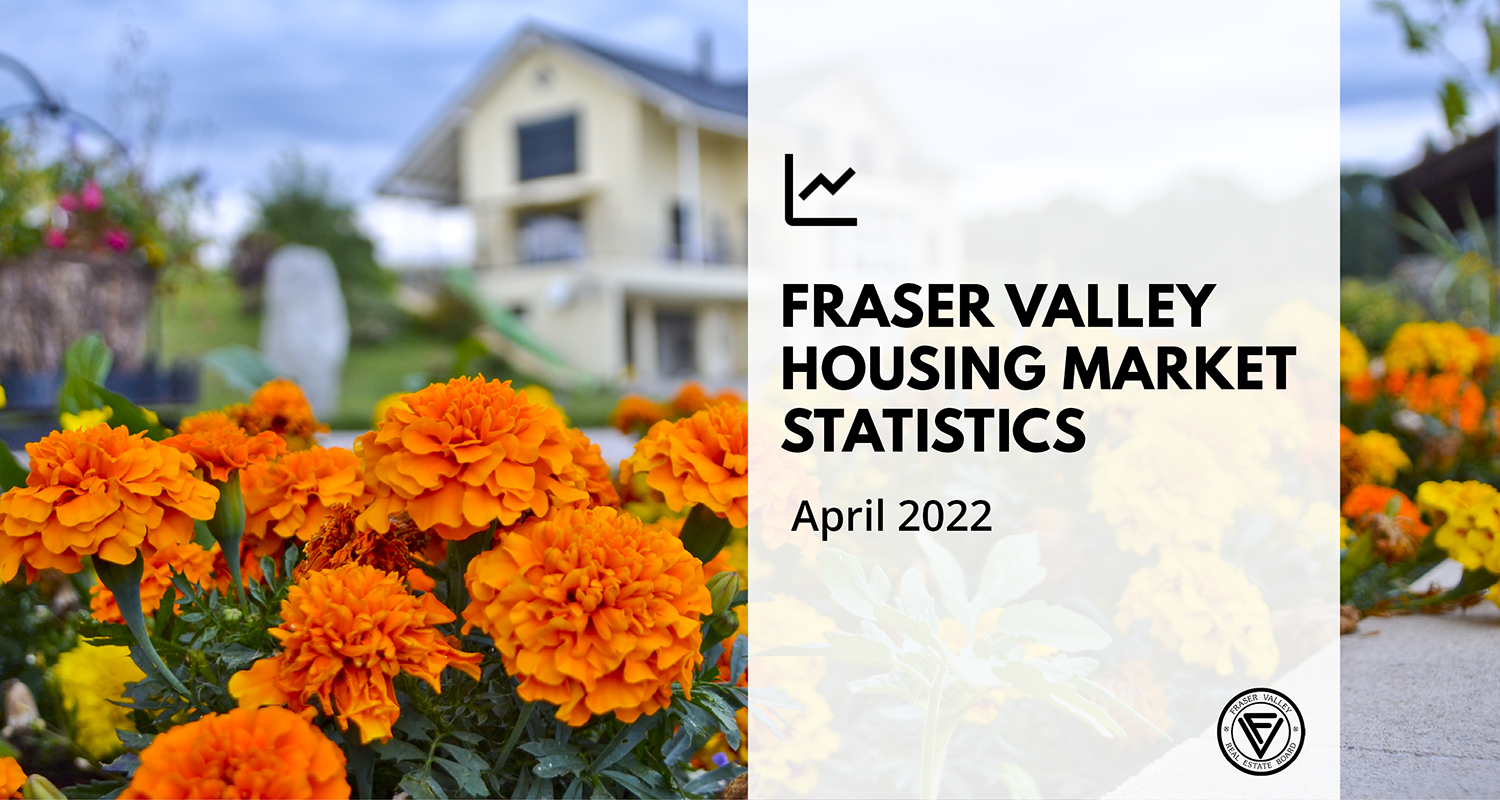 SURREY, BC – Property sales in the Fraser Valley decreased by over 35 per cent in April 2022 compared to the previous month, and while the figure is still the sixth-highest April on record for the past ten years, it marks the first time monthly sales have fallen below the ten-year average since June 2020.
In April, the Fraser Valley Real Estate Board (FVREB) processed 1,637 sales on its Multiple Listing Service® (MLS®), a decrease of 45.7 per cent compared to April 2021 and a 36.6 per cent decrease compared to March. 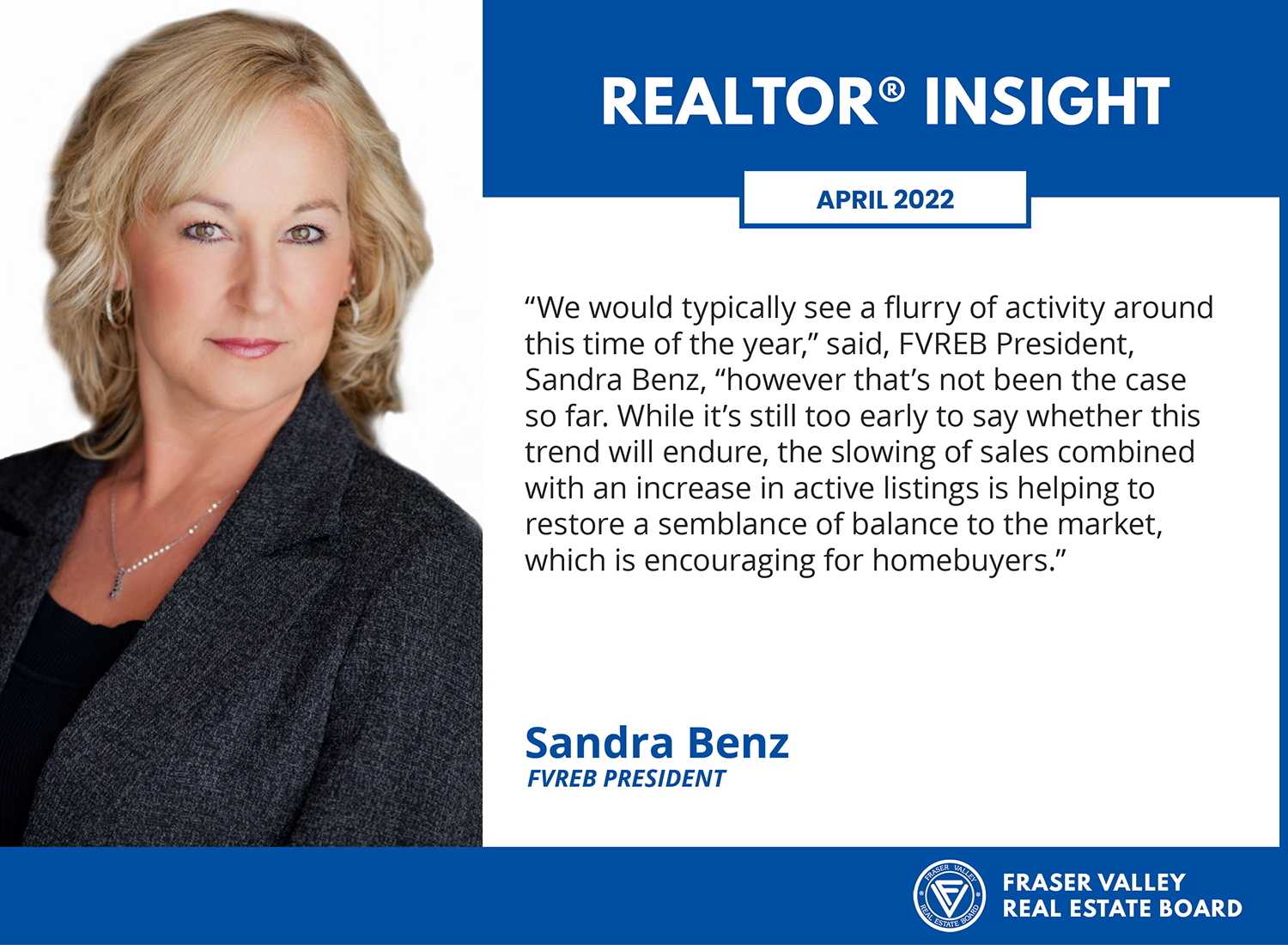 “We would typically see a flurry of activity around this time of the year,” said, FVREB President, Sandra Benz, “however that’s not been the case so far. While it’s still too early to say whether this trend will endure, the slowing of sales combined with an increase in active listings is helping to restore a semblance of balance to the market, which is encouraging for homebuyers.” 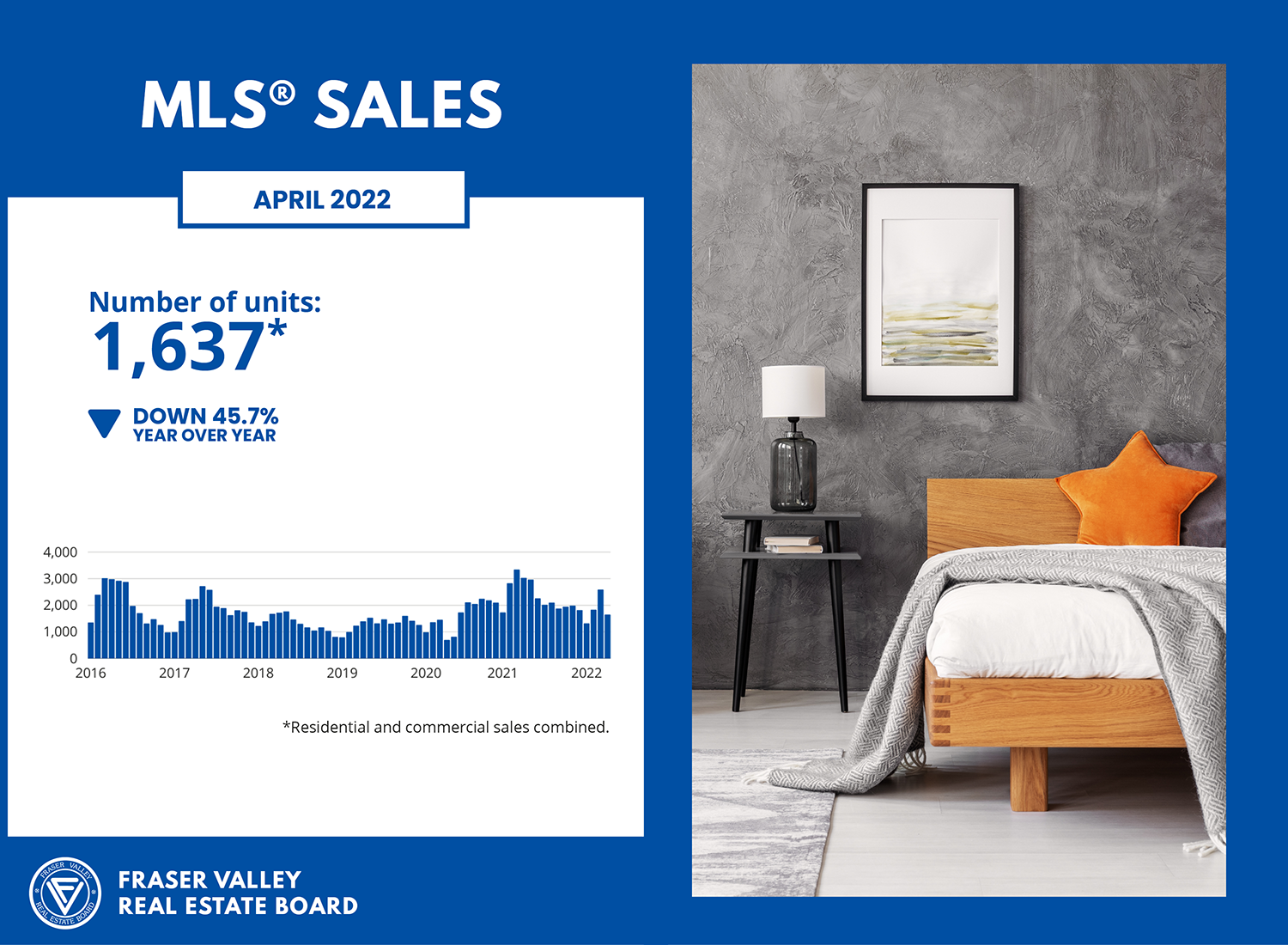 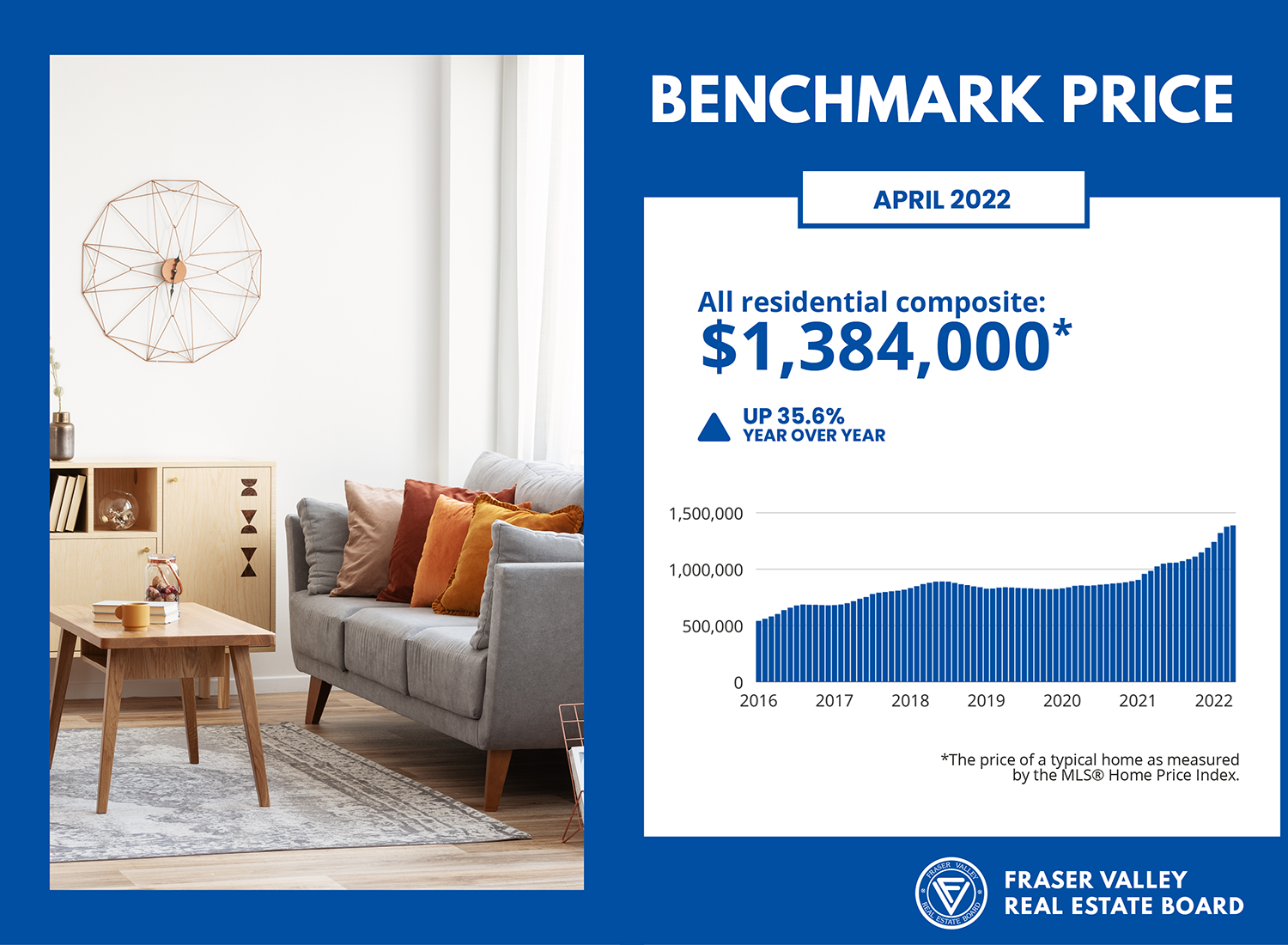 “In an effort to stem inflation worries, the government has moved quickly to implement interest rate hikes,” added FVREB CEO Baldev Gill. “In fact, we’re already back to rate levels we haven’t seen since 2019. This will put an added burden on homebuyers, particularly on first-timers, who will have to meet more stringent stress test conditions. Ultimately, this will likely result in a decrease in demand, which may slow price growth, however it will do little to resolve the underlying issue of low inventory.” 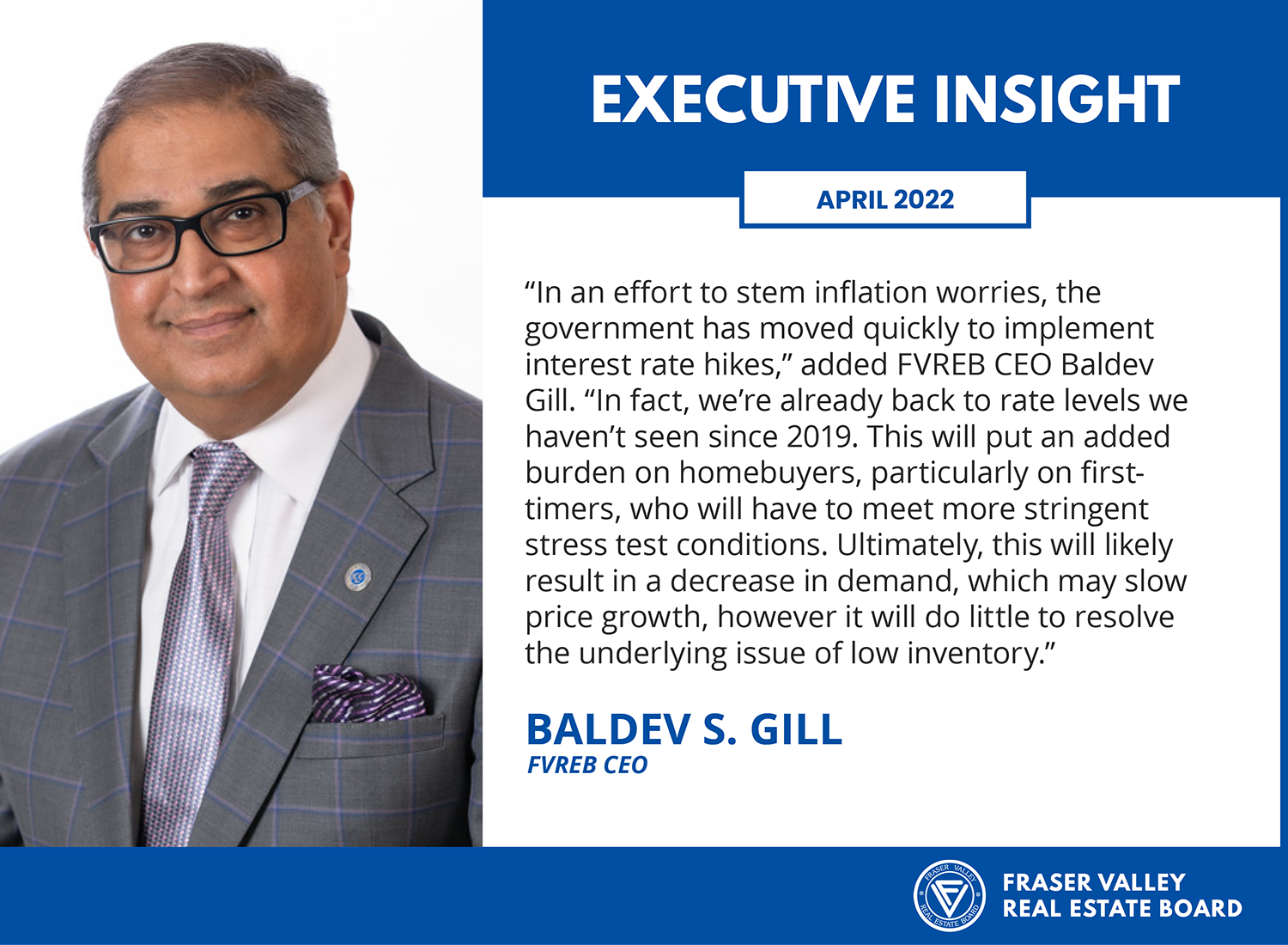 Across Fraser Valley, in April, the average number of days to sell a single-family detached home was 16 and a townhome was 13 days. Apartments took, on average, 13 days to sell.