Is It Different This Time? Recessions and the BC Housing Market Summary Findings: 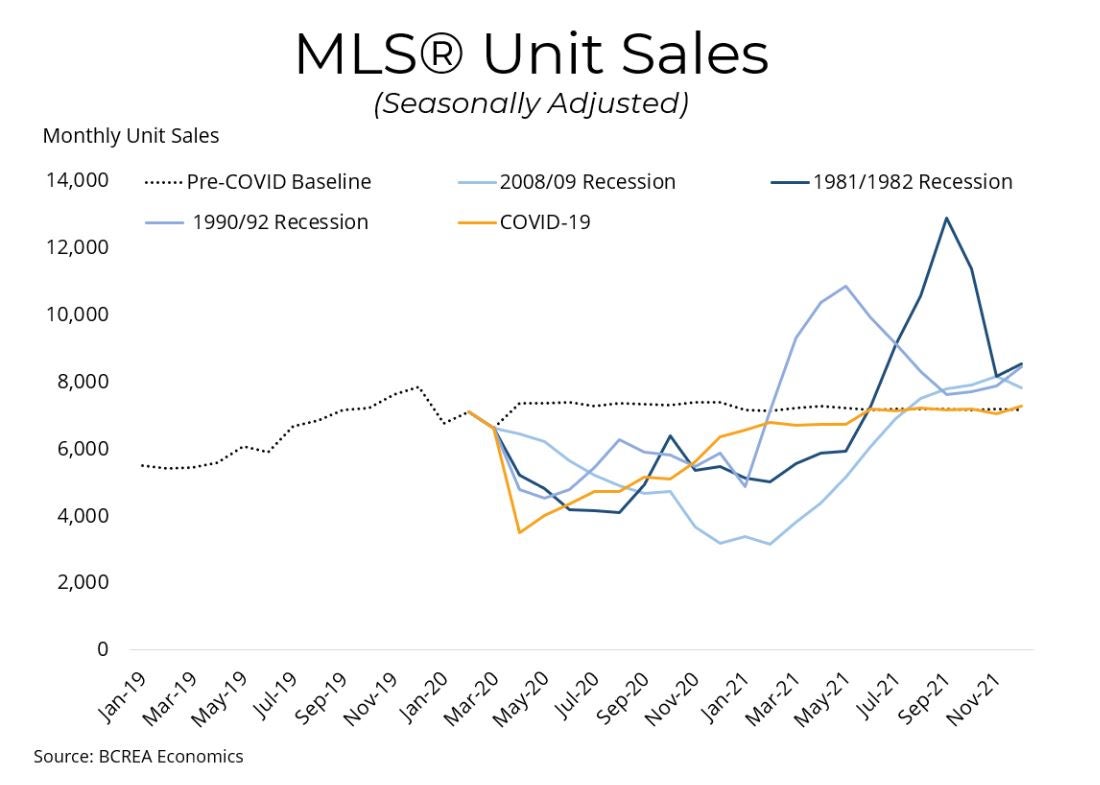 The Canadian economy has weathered three recessions in the past 40 years, each unique in cause, depth and duration. However, there is considerable similarity in how the BC housing market has both endured and recovered from those recessions.

In this market intelligence, we examine the impact of past recessions on the BC housing market and provide preliminary projections on how COVID-19 may impact provincial home sales and prices over the next 24 months.

The 2020 recession likely began in February, meaning it is still in its very early stages. Since 1980, the average Canadian recession has lasted between 8 and 25 months and is characterized by a contraction of about 4 per cent in real GDP and a jump in the unemployment rate of 4.5 percentage points.

Provincial economic data is only available annually, making it much harder to track the duration of recessions. We know that during the 1981/82 recession, the BC economy contracted by 6.4 per cent, and the unemployment rate jumped nearly 10 points in the worst recession on record for British Columbia. The provincial economy performed much better in the 1990-92 recession, with real GDP eking out meager growth over that period, though the provincial unemployment rate did spike to nearly 11 per cent.

During the 2008- 09 Financial Crisis and recession, we estimate the BC economy peaked in November of 2008 and contracted 3.7 per cent over the following 12 months while the unemployment rate rose more than 4 points.