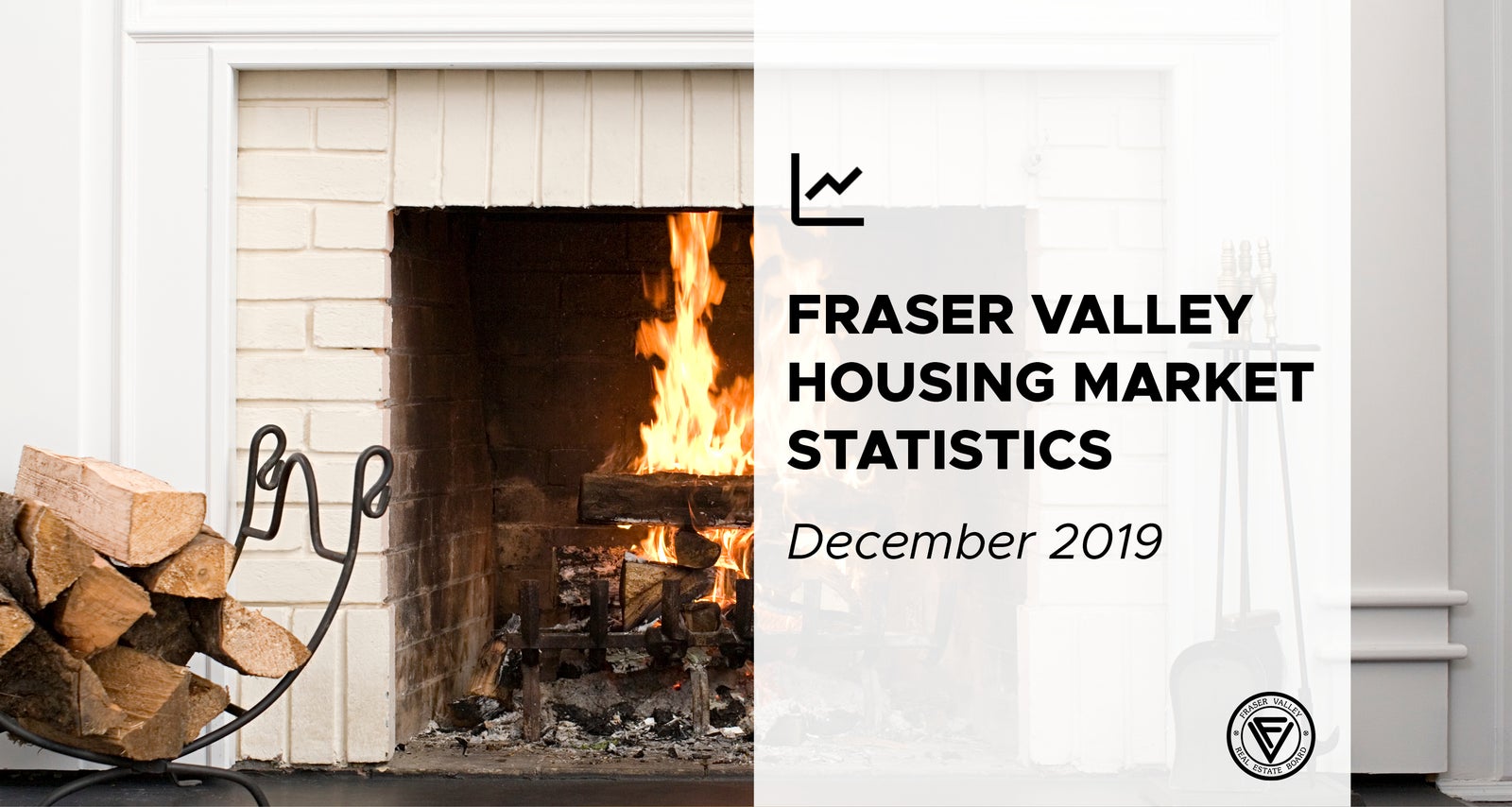 SURREY, BC – After a sluggish first half of the year, property sales in the Fraser Valley started picking up speed in the summer and finished strong in December, but not enough to surpass last year’s sales totals.
The Board’s Multiple Listing Service® (MLS®) processed 15,487 sales in 2019, a 0.6 per cent decrease compared to 2018’s 15,586 sales and the lowest total sales volume for the Fraser Valley since 2013. The total dollar volume of MLS® transactions for the year was $11.2 billion, dropping from $11.8 billion sold during the year prior.
In 2019, total sales of the three main residential property types – detached, townhome and apartment – was 13,773. Of that total, 5,770 were detached, 3,888 were townhouses and 4,115 were apartments. Year-over-year, sales of detached and townhomes increased by 0.6 per cent compared to 2018, while apartment sales dropped by 4.2 per cent. 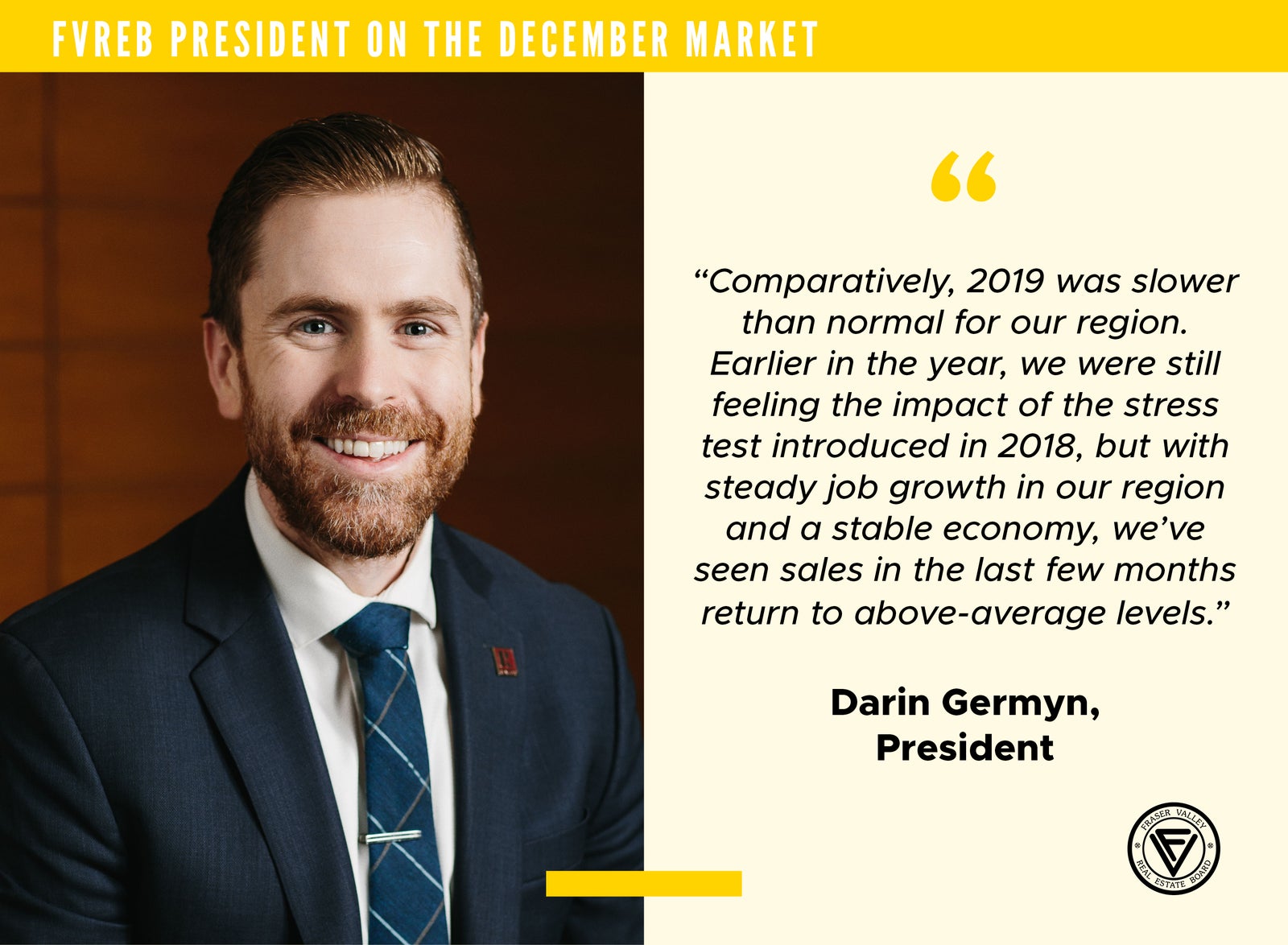 “Comparatively, 2019 was slower than normal for our region,” said Darin Germyn, President of the Board. “Earlier in the year, we were still feeling the impact of the stress test introduced in 2018, but with steady job growth in our region and a stable economy, we’ve seen sales in the last few months return to above-average levels.” 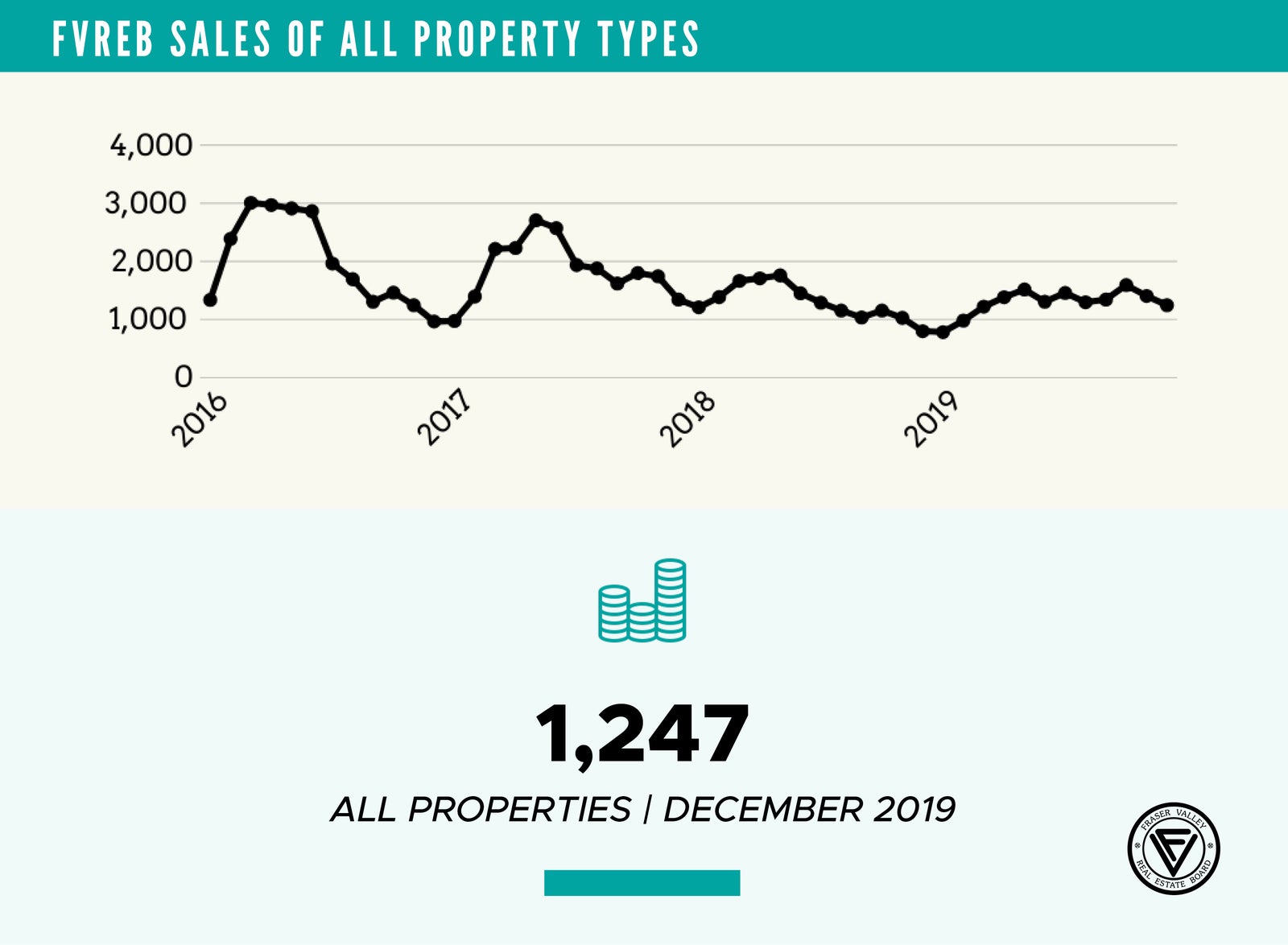 In December the Board processed a total of 1,247 sales, the third best December since 2010. Active inventory finished at 4,686 units in December, 20.3 per cent lower than the 10-year average for the month, with a total of 948 new listings entering the market throughout the month. 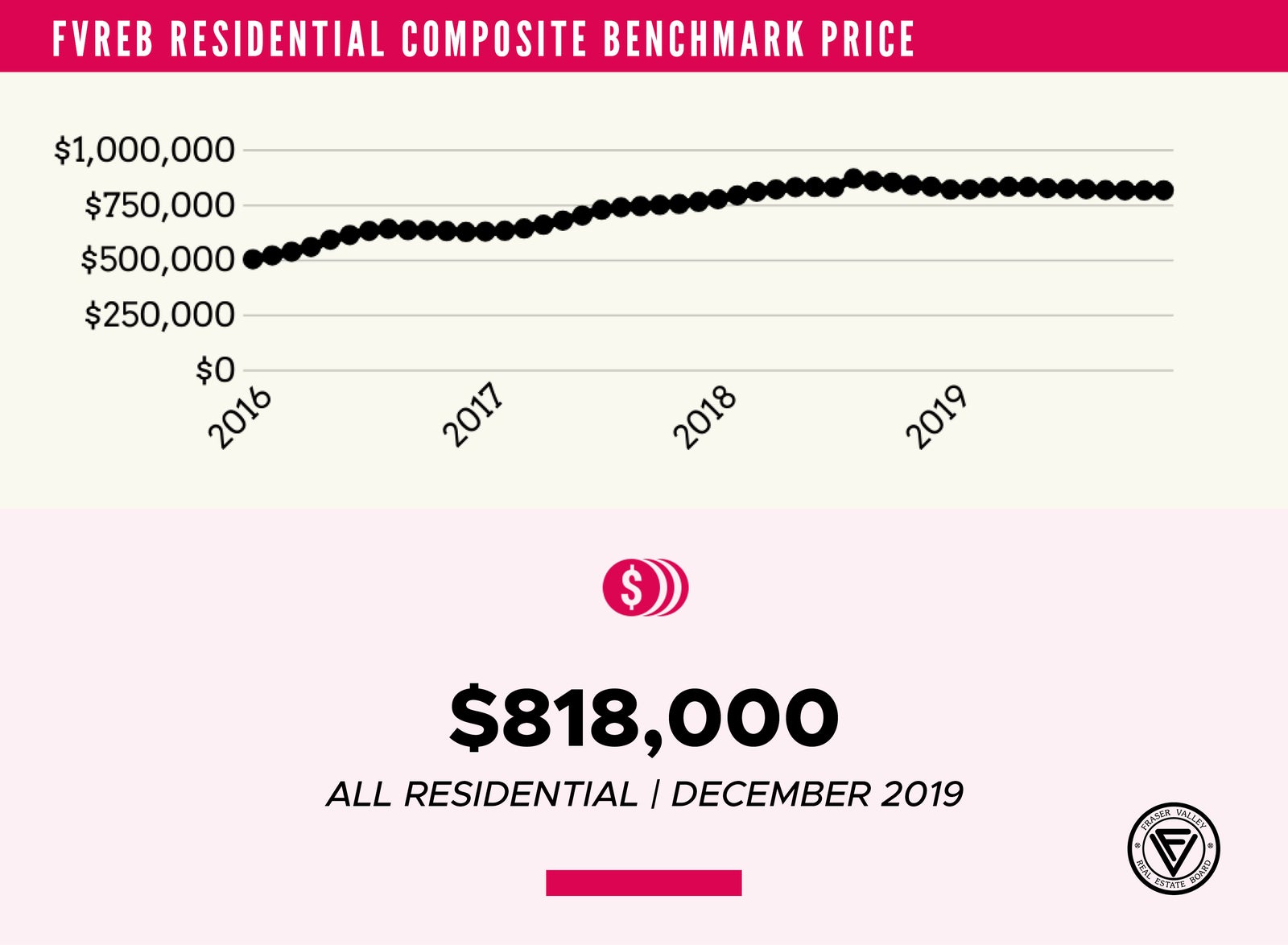 Germyn added, “Some sellers have been holding back on listing, waiting until the market improves, with the result that supply in many areas currently is quite tight; so if you’re looking to enter the market in 2020, now is a good time. Without a healthy supply of inventory in the coming months, we could see upward pressure on prices.”
A total of 30,568 new listings were received by the Board’s MLS® system in 2019. This year was the second lowest for new inventory for the Board in the last decade.
MLS® HPI Benchmark Price Activity 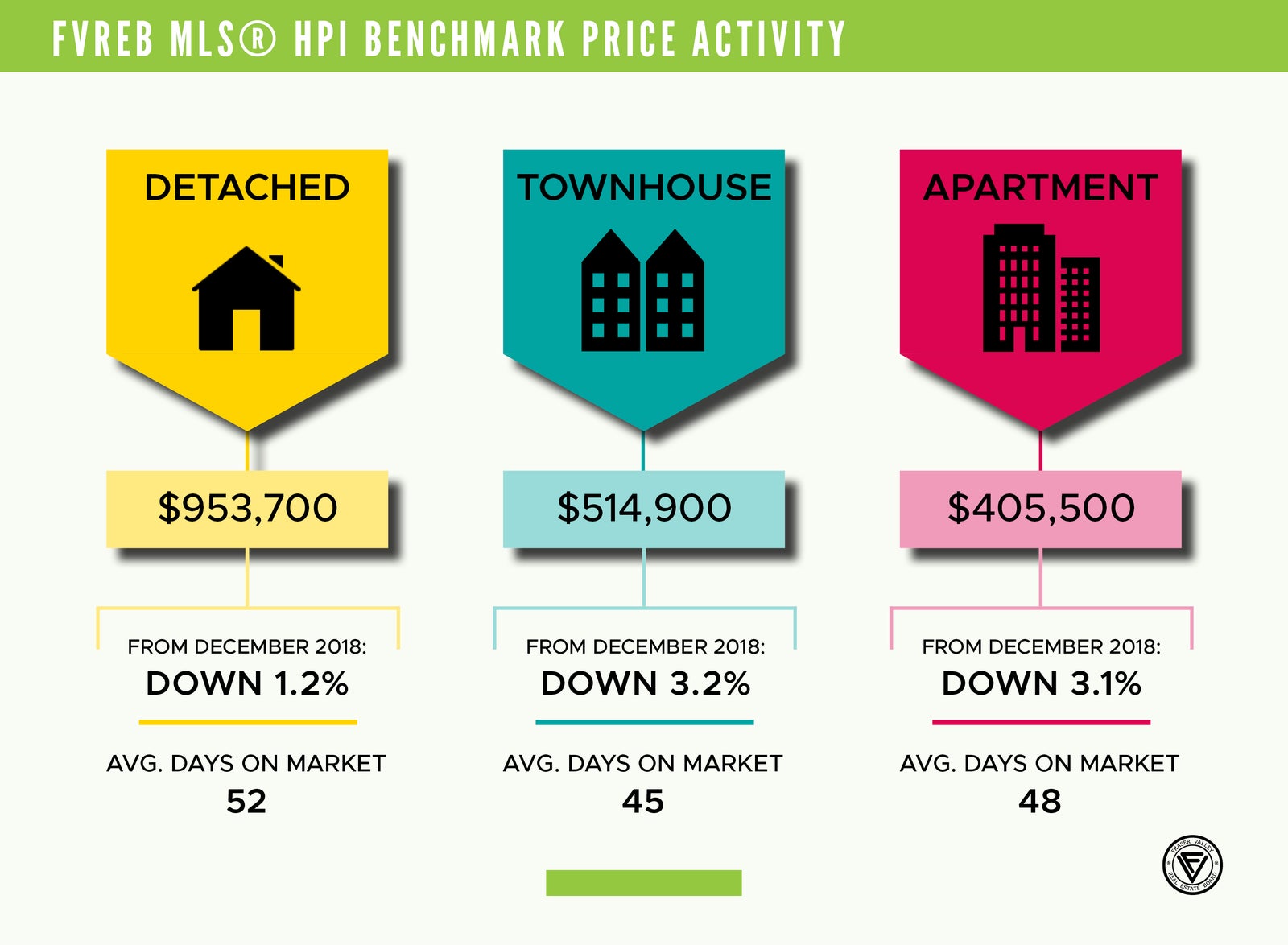 For the Fraser Valley region, the average number of days to sell an apartment in December was 48, and 45 for townhomes. Single family detached homes remained on the market for an average of 52 days before selling.